One useful list of more portable robot game tables is found at FLL Tutorials’ “Building an FLL Table”. As of 2020-03-15, their publicly available set of designs includes:

I went with Lance’s design, since it only required a circular saw and screws, all the parts were available at my local Lowe’s, and it fits in the back of my Honda Fit.

The only place I deviated from Lance’s plans was that I didn’t use the steel hasps to keep the sections of the table rigid when flattened out. So far, I’ve only placed the game table on other tables, and not sawhorses, so it hasn’t been an issue. 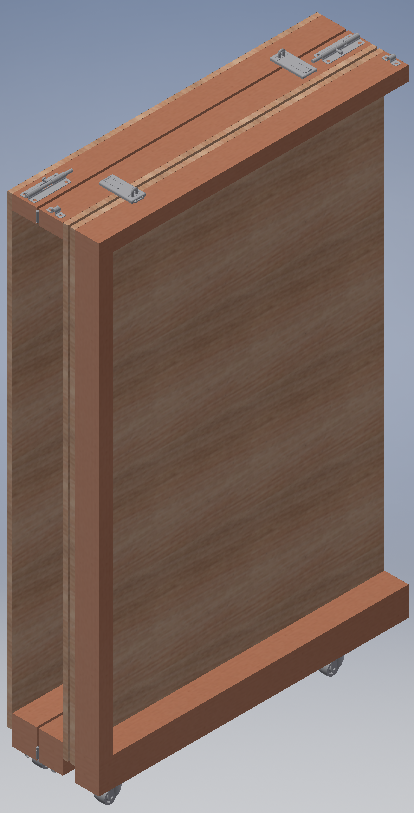 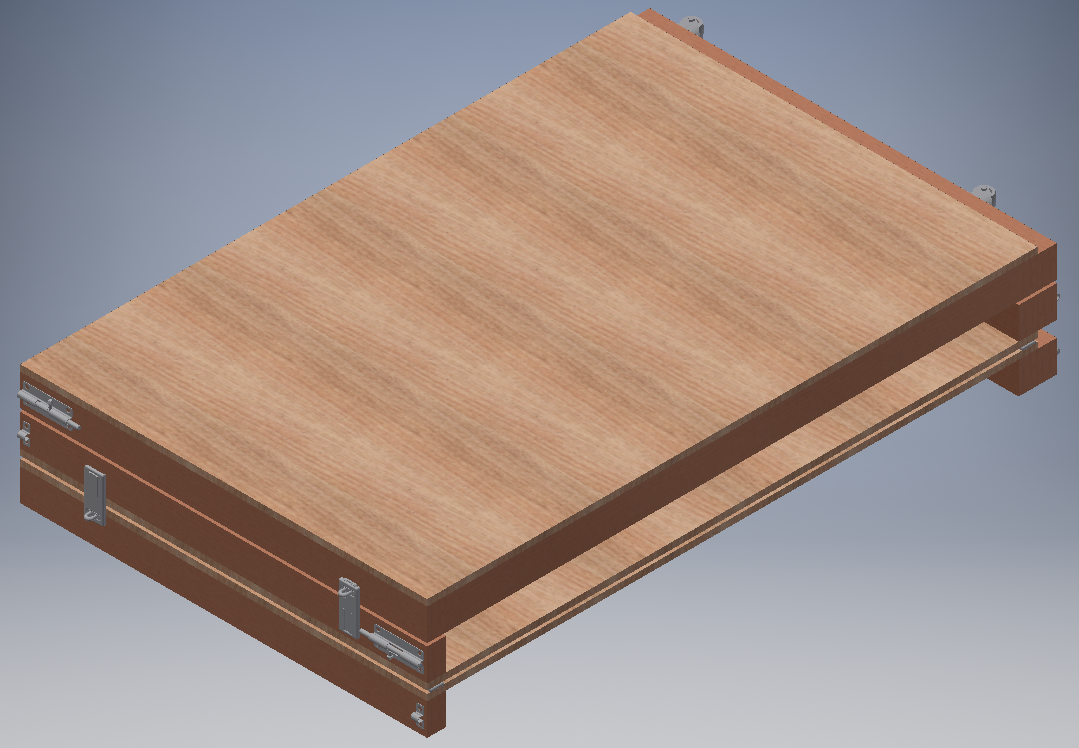 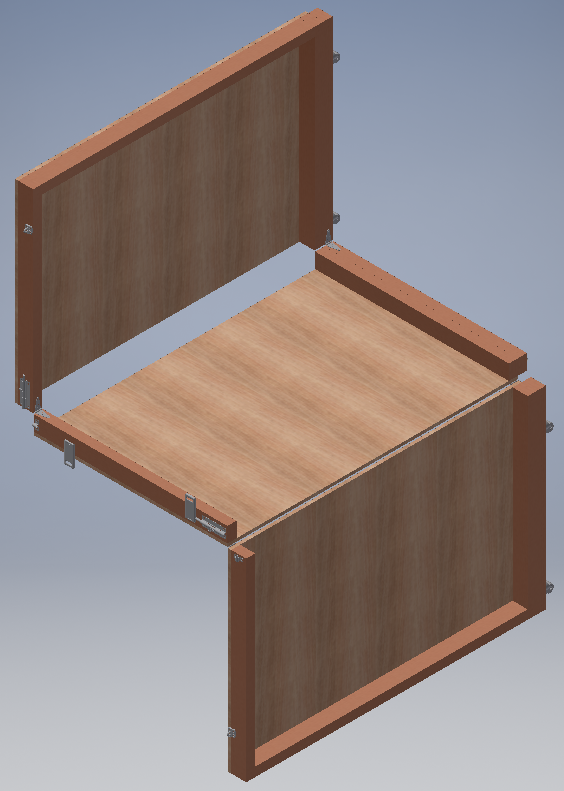 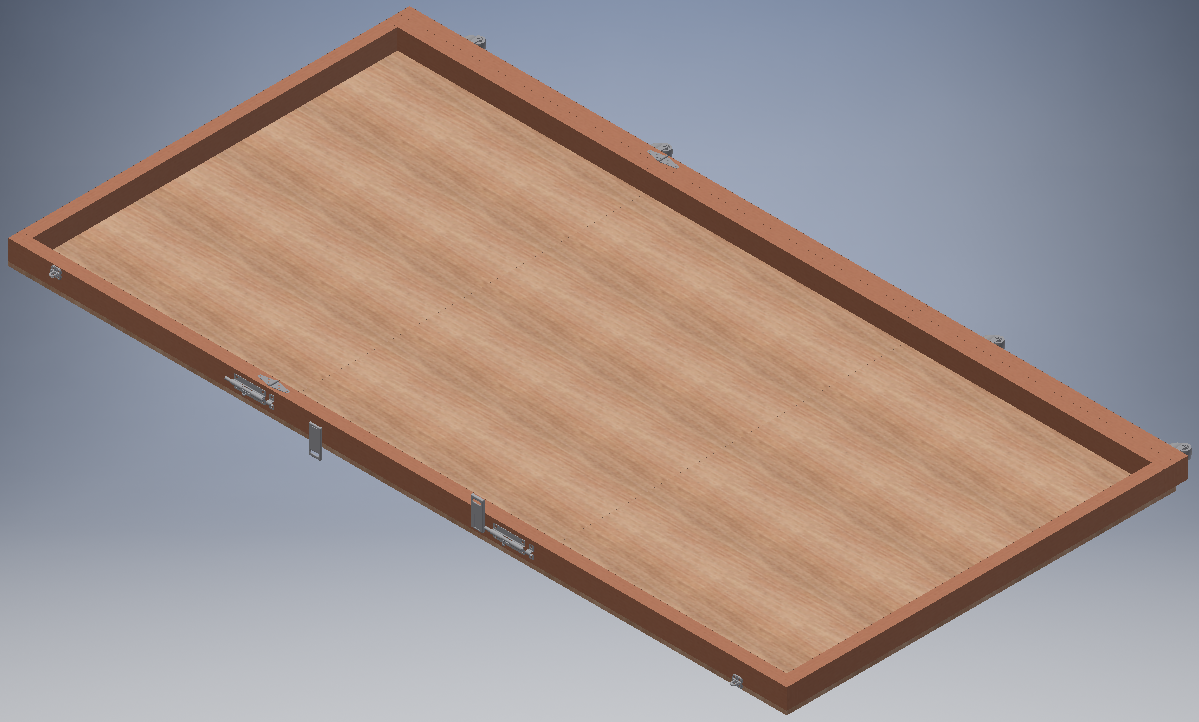 Test assembly without fasteners to find the arrangement that has the tightest fit between sections:

Clamping and attaching sides to table surface with drywall screws:

Not great results. Would like to close up these gaps as much as possible:

On both joints, the side walls stick out just slightly beyond the plywood base:

Marking and removing the excess on the side walls:

Testing for fit again, much better this time:

Flipping the table over, attaching the bottom hinge assembly, and testing the second fold:

Attaching second locking hasp, I should have gotten larger ones with at least 1.5” of gap between the mounting plates:

Game table sections all locked up:

Assembled except for handles, side view:

Going into the Fit:

In the Fit with back seats down:

Lots of room for tools and other supplies:

In referee practice room, before setup: