Now that we have pfSense installed on a VM, we need a way to configure it through the web. Rather than opening up pfSense to management through its WAN interface on the home network, we’ll create a second VM on its LAN segment that can run a modern web browser.

Review the post on installing pfSense if necessary, but the idea for installing the management virtual machine is to pick a Linux distribution and install it onto a VM connected to the pfSense LAN segment. I typically use Xubuntu LTS, BunsenLabs Helium, or CrunchBang++ as a live CD and avoid hard disk installation entirely.

Create a new virtual machine with enough resources to run your preferred distribution. For an Xubuntu 18.04 Live CD, I used: 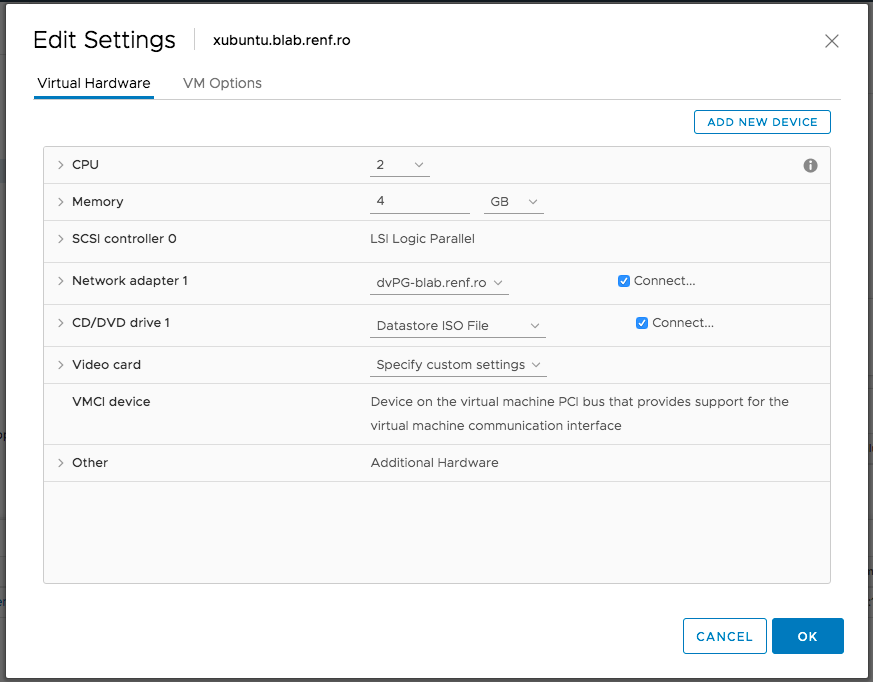 Connect to the pfSense web interface at its LAN IP address (192.168.1.1 by default). Use the default username admin and default password pfsense. 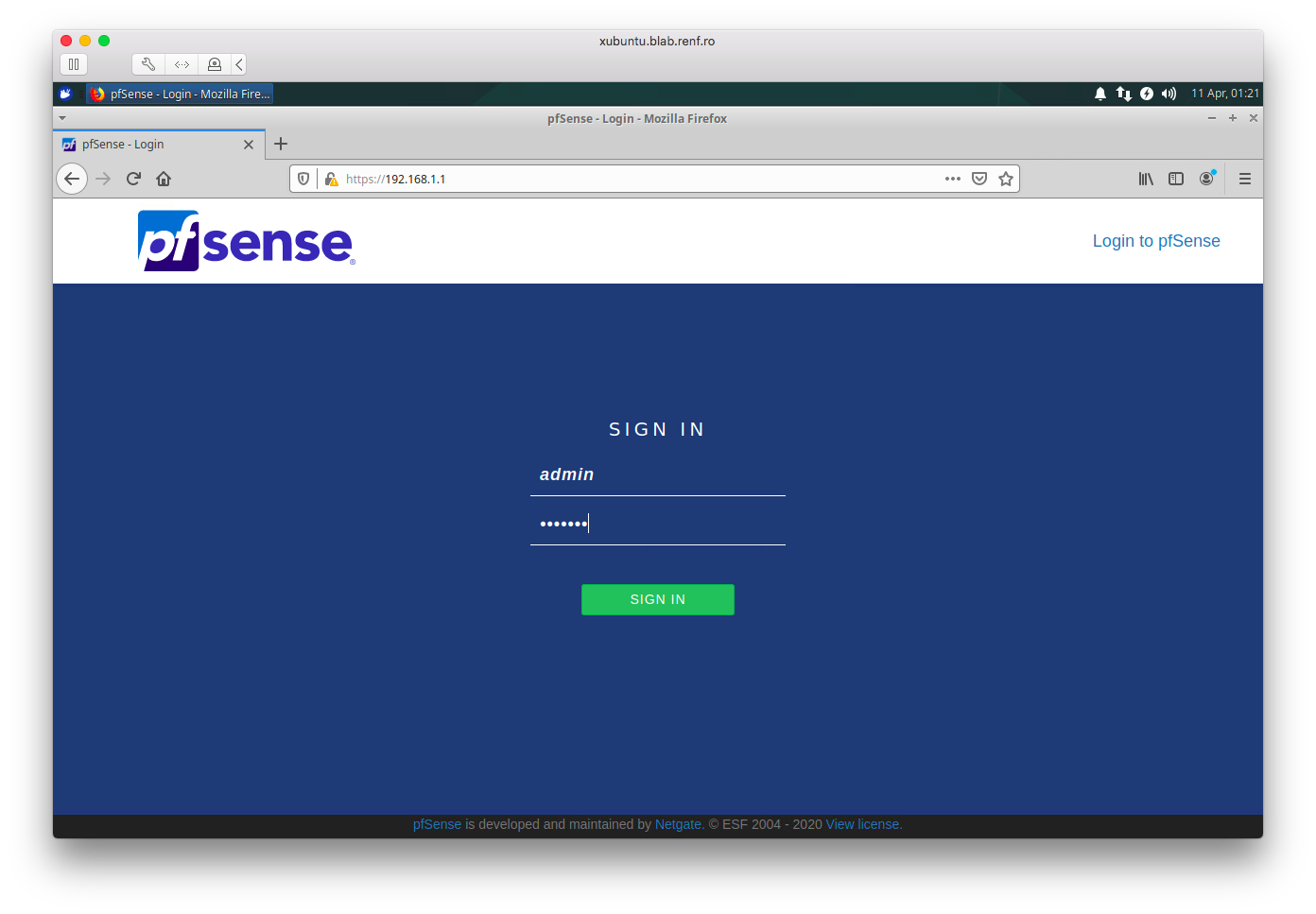 For the most part, we’ll take the defaults for the pfSense settings. 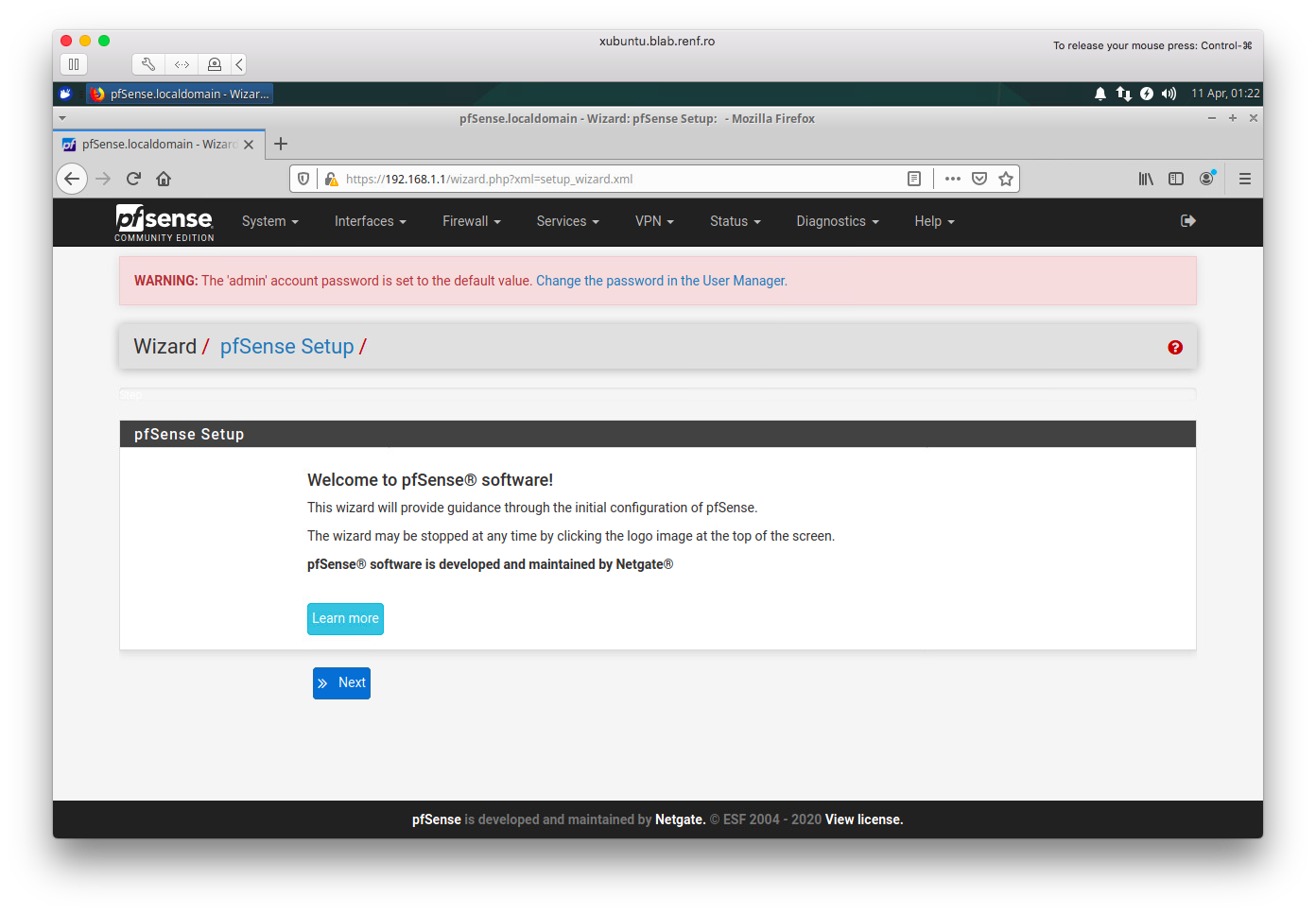 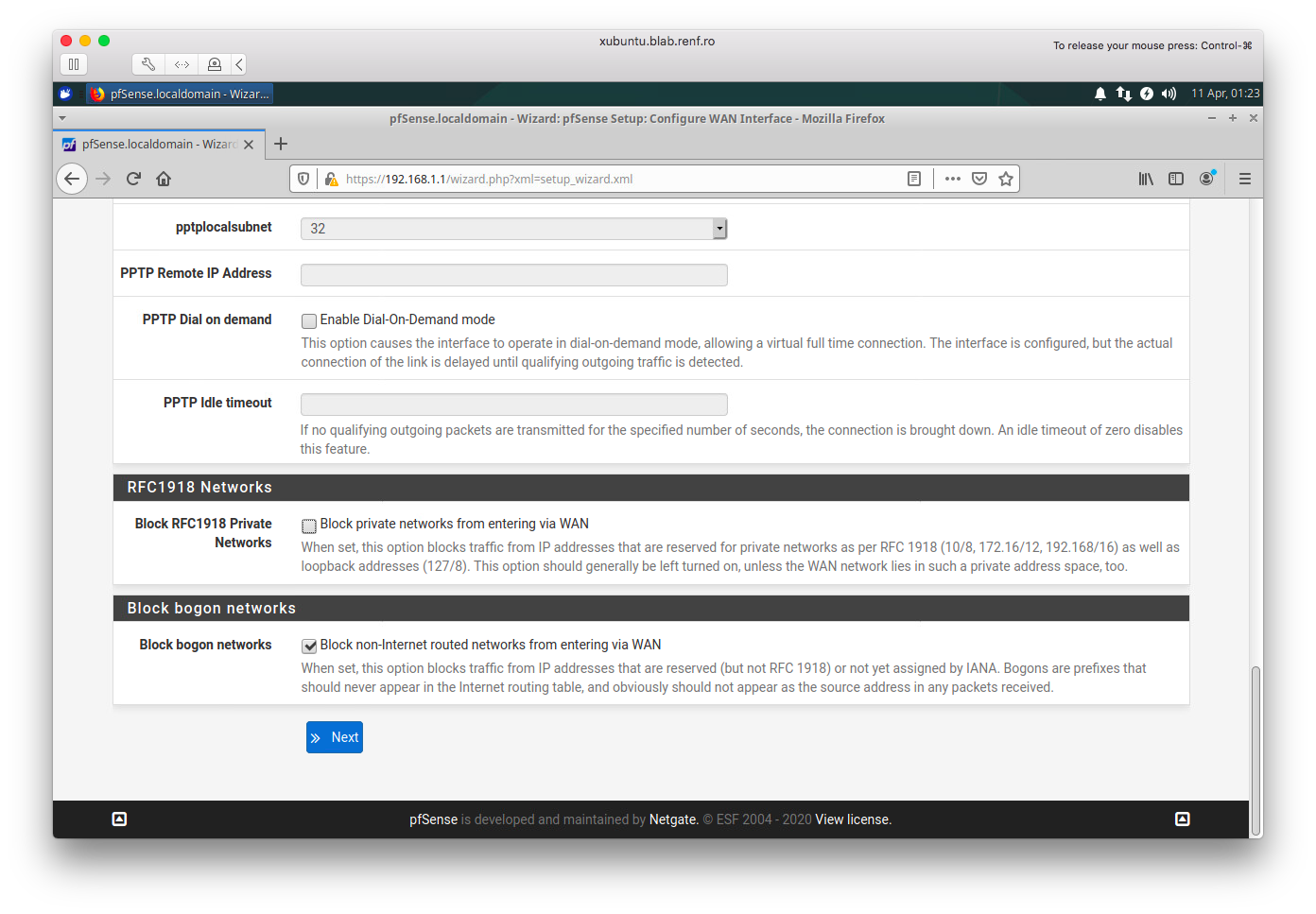 Once pfSense configuration is finished, you’ll see a Dashboard page like the one below. 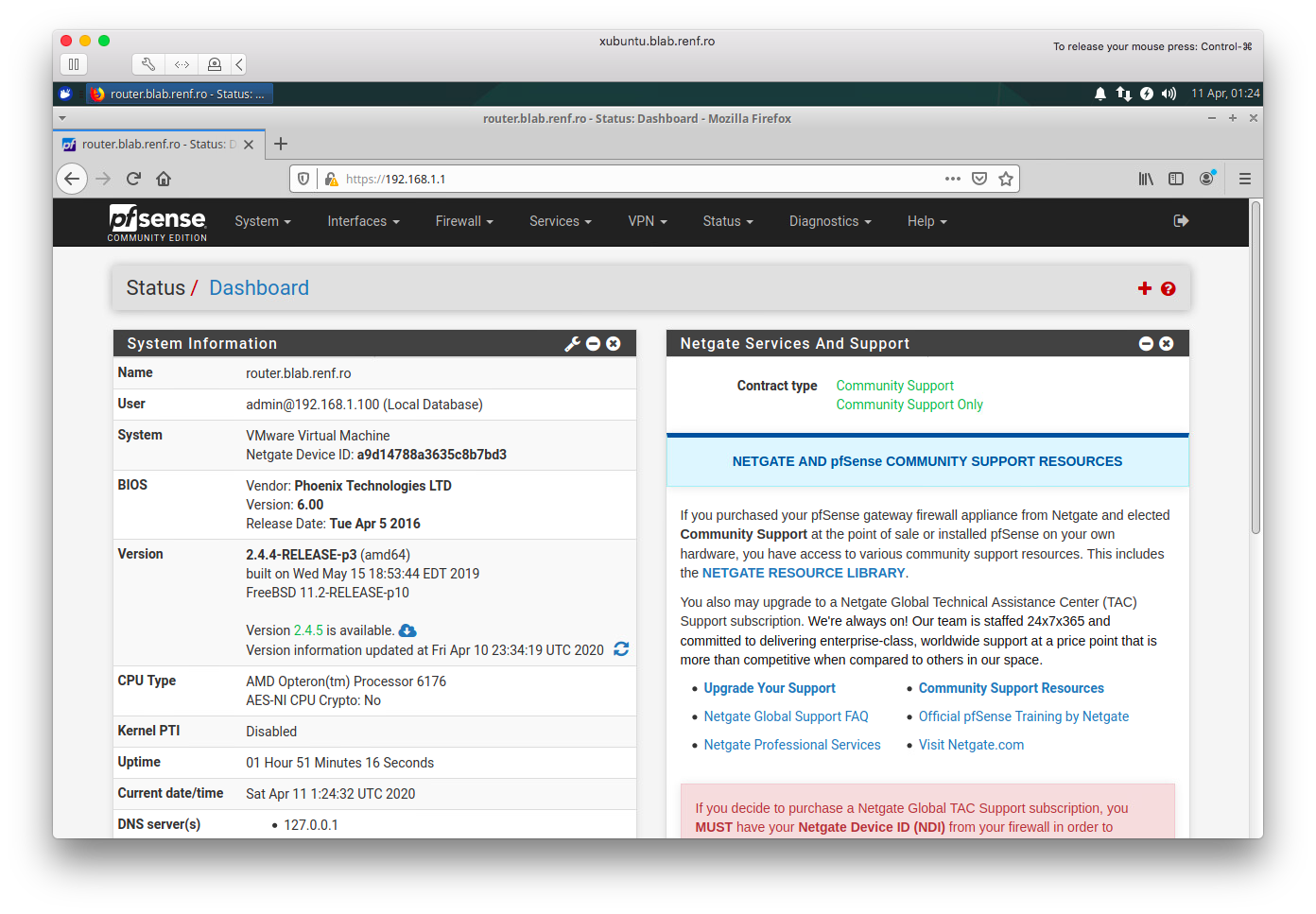 We need a simple way to verify that we can allow specific traffic through pfSense to our lab network without opening up everything. Start by setting up an ssh server on the management VM.

If you’re using something different than an Xubuntu Live CD, your instructions may vary.

Create a new firewall rule under the pfSense Firewall menu by selecting Rules. 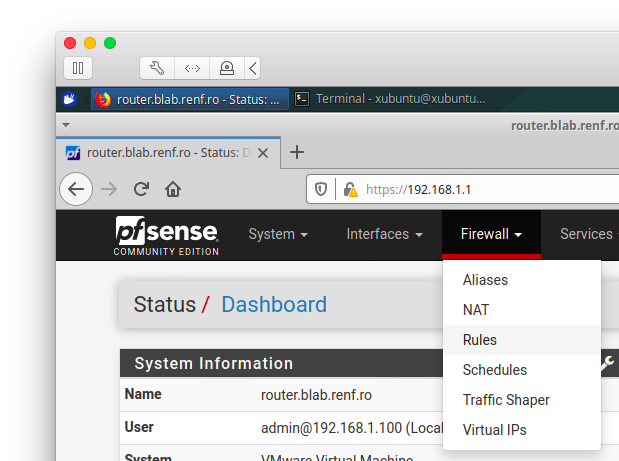 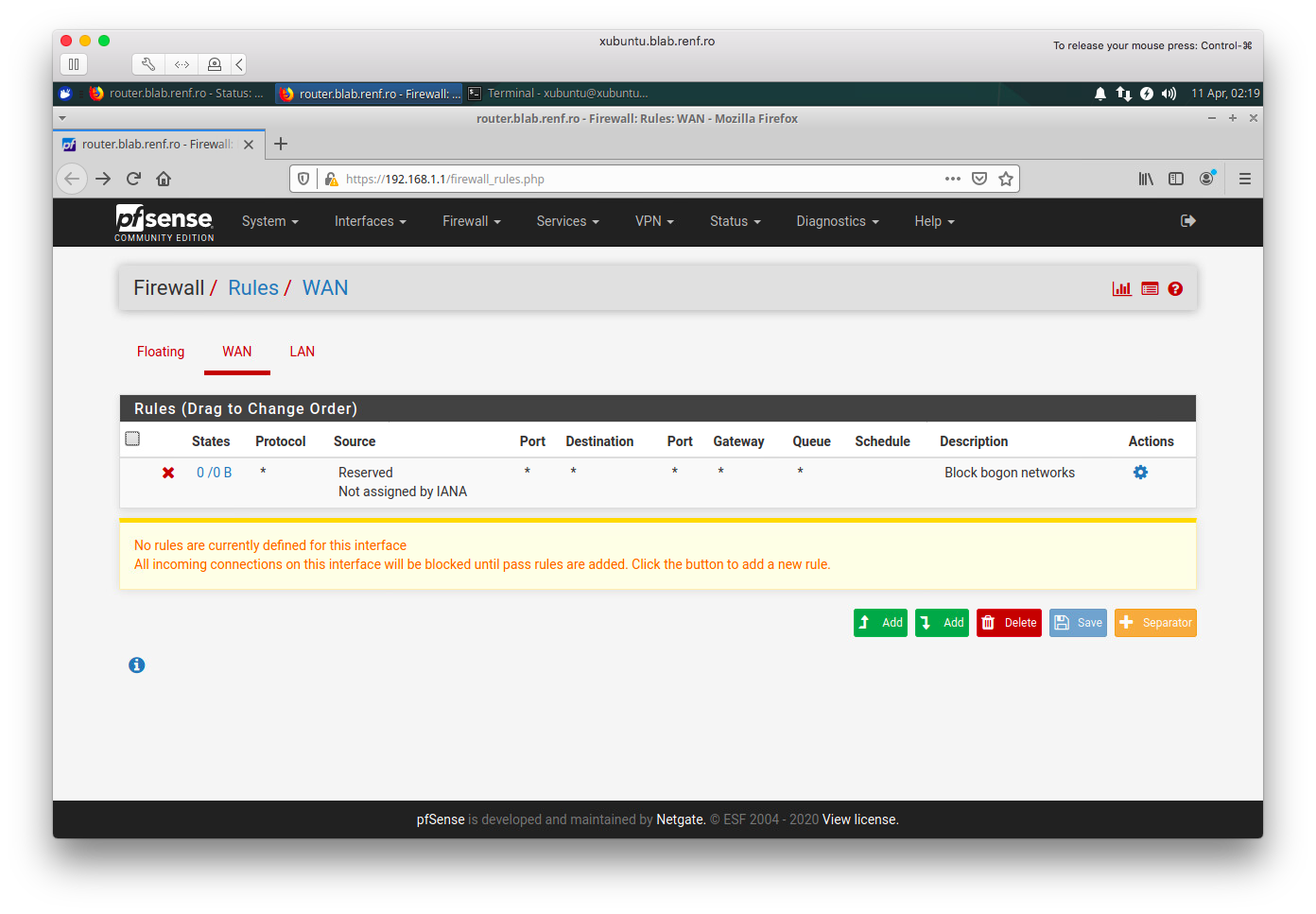 Add a new rule to the bottom of the list, with settings of:

and click the Save button. Back on the Firewall / Rules page, click the Apply Changes button to enable the new rule.

Adding a Route to the Lab Network

For a Ubiquiti router, go to the Routing tab of the administrative interface. 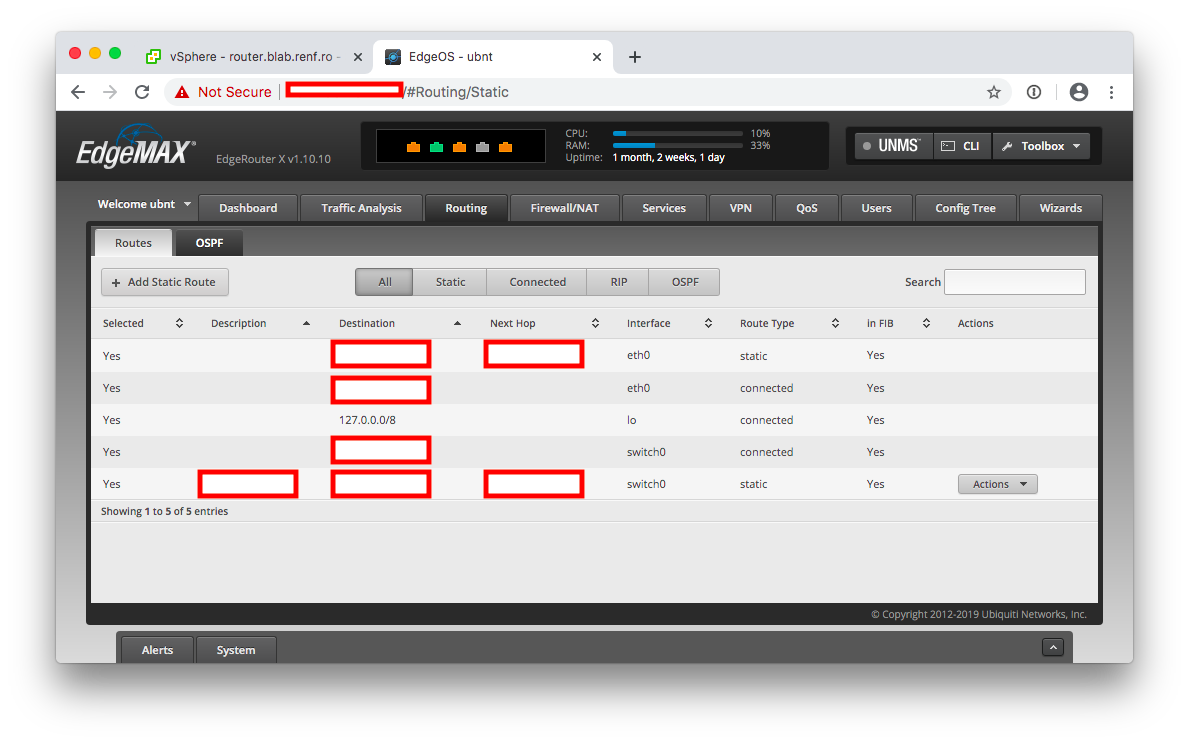 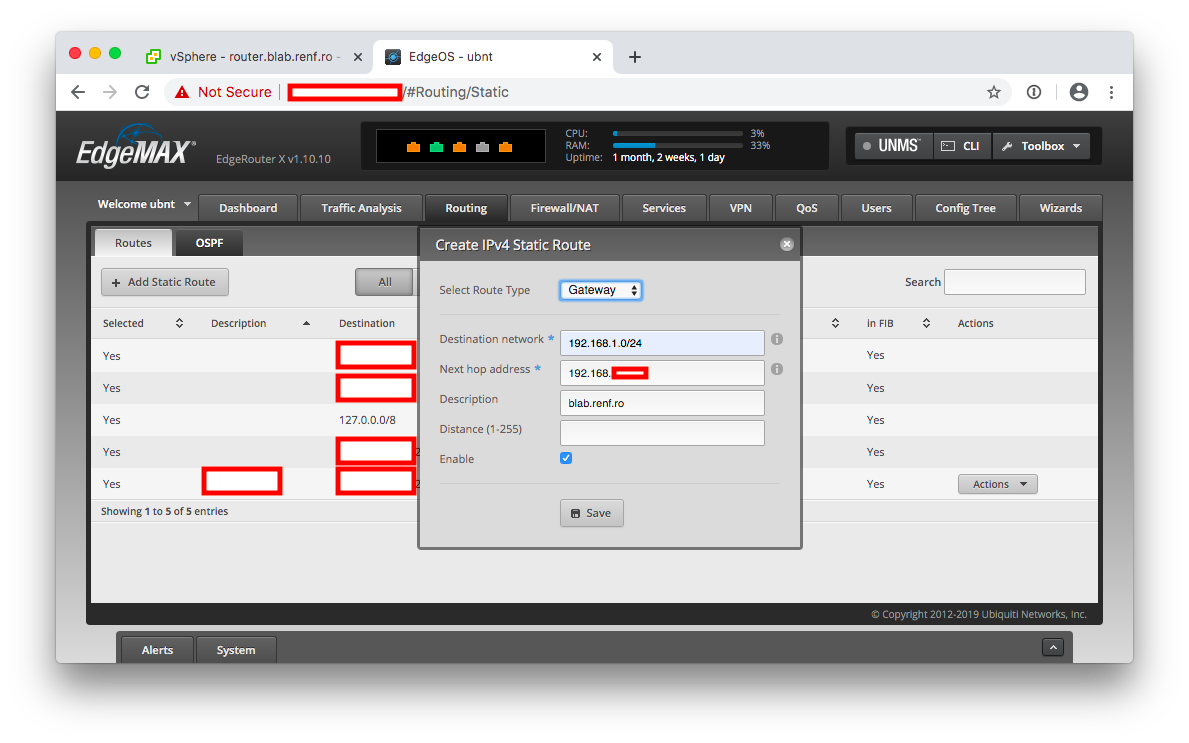 If the home network’s edge router does not support adding static routes, then manual routes must be added to each host on the home network that needs to access resources in the lab network.

Make an ssh connection from a host outside the pfSense LAN segment to the management VM. You should see identical results compared to the localhost test above. 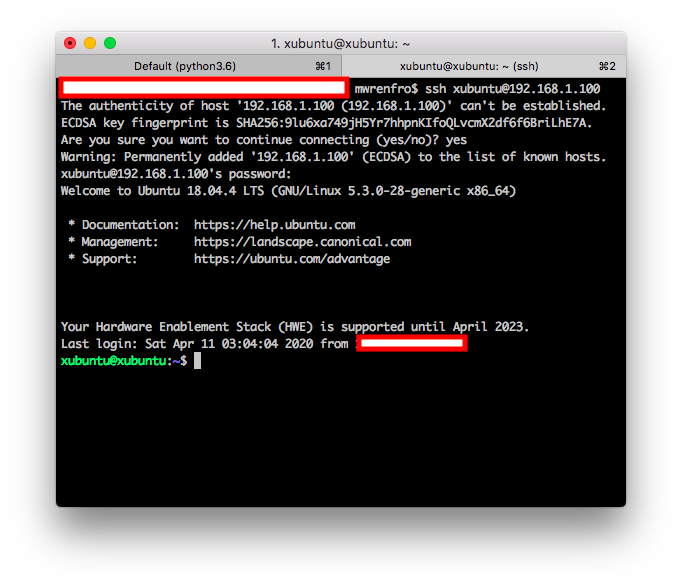 At this point, we’ve demonstrated that we can completely separate network services running in the lab environment from the larger home network. Now it’s time to make some useful server infrastructure in the lab network.